Right now, my medieval romance The Renegade’s Heart is free at all portals. I had a BookBub Featured Deal to promote the sale yesterday and wanted to share my results with you this morning.

The largest number of units always go out the door at Amazon.com, which means the book in question gets the largest bounce up the charts there. The Renegade’s Heart started at #4 in Scottish romance, #1 in Medieval romance, #75 in Romance and #417 overall free in the Kindle store. I’d already promoted it here on the blog and in my newsletter to get it started.

By late afternoon, it had moved up the charts to #1 in both Scottish romance and Medieval romance, #4 in Romance and #27 overall free in the Kindle store.

This morning, it’s sitting a little higher, still at #1 in Scottish and Medieval, but also at #2 in Romance and #9 overall free in the Kindle store.

Let’s look at what else is on the charts at Amazon.com. Here’s the top six in Scottish romance on the free chart:

Here are the top six free in Medieval Romance at Amazon.com – you’ll notice that The Beauty Bride, my other free medieval romance series starter, is at #5, which is kind of cool. (The Beauty Bride is #8 free in Scottish romance this morning, so if I had a bigger screen, I could have grabbed an image including the next row of that chart.) 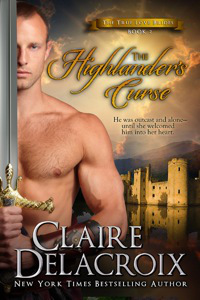 The Highlander’s Curse, book two in the same series, is also on sale – it’s discounted to 99cents.

As a result of the visibility for The Renegade’s Heart, The Highlander’s Curse also moved up the charts yesterday.

This morning at Amazon.com, it’s sitting at #22 in Scottish romance and #11 in Medieval romance on the paid charts.

Meanwhile, over at Apple, Murdoch and Isabella’s book is also doing well. The Renegade’s Heart is #12 overall free in the Apple store this morning. You can see that historical romance doesn’t tend to rank as well at Apple as at Amazon.

And The Renegade’s Heart is #4 free in Romance in the Apple store this morning, which is a very nice showing.

That’s where we stand this morning! Thanks to all of you who picked up a copy of The Renegade’s Heart yesterday! Remember that the sale lasts until the 29th, and that The Highlander’s Curse will be 99¢ until then, and book three in the series, The Frost Maiden’s Kiss will be $2.99US until then. On the 30th, all three books go back to their regular price of $4.99US.